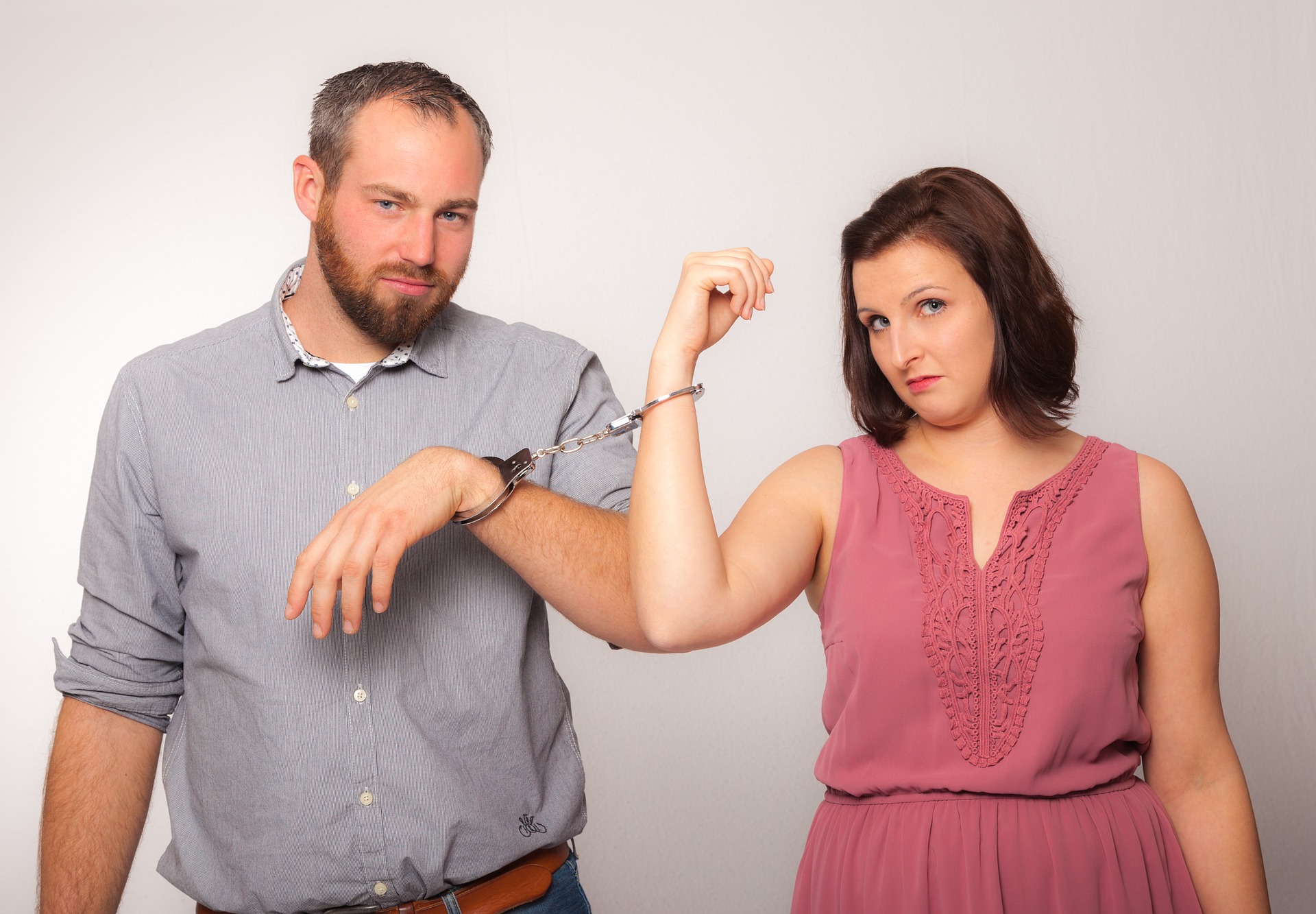 The blame game of divorce

For decades, the United Kingdom’s divorce legislation has been criticised as an outdated and unwieldy ‘blame-game’ that needlessly antagonises relationships between divorcing couples.

You may be surprised to hear of a case several years ago where a lady was told by the courts that she was not able to divorce her husband, as he did not want a divorce; or that achieving a divorce often requires one person to accuse the other of a particular act, making the marriage impossible to last.

As the law currently stands, in order for a couple to divorce, one person in the relationship must claim to the courts that the marriage has broken down. Unlike in Hollywood where celebrity couples can seemingly ‘consciously uncouple’, there is no room for mutuality in the UK legal system. Instead it requires, in many cases, one side pointing the finger of blame at the other.

This fault-based approach is built upon a hostile system of finger pointing that only ignites further conflict and hinders parties from leaving dysfunctional relationships.

It should come with great relief, then, that the Divorce, Dissolution and Separation Bill is being debated in  the UK Parliament this week. If passed, the proposed law will replace the fault-based approach by “allowing one spouse, or the couple jointly” to tell the courts that the marriage can no longer work.

Described by the Ministry of Justice as the “biggest shakeup of divorce laws in half a century”, it is a welcome approach that prioritises the need to support divorcing couples and minimise the impact that divorce proceedings can have on children.

Broken vows: What is the current law and why has it been so controversial

It is best to understand the current law with a working example. Let’s imagine a scenario where a man (Sam) and a woman (Janice) have been married for five years. Sam has made the decision to file a divorce against his wife. Under the law, Sam is known as the petitioner and Janice is the respondent.

As the petitioner, Sam must first submit a petition to the courts showing the judge that the “marriage has broken down irretrievably” as per Section 1(1) Matrimonial Causes Act (1973). In order to prove that the marriage has irretrievably broken down, he must provide evidence that at least one of five possible issues exist.

Three of these are based on fault:

The final two are based on periods of separation:

Once Sam files a petition, the court will forward Janice an Acknowledgement of Service form for her to complete.

Under the current law, if Janice does not want the divorce to go ahead she is able to contest the divorce through the Acknowledgement of Service form. This is where she tells the court she does not agree that the marriage has broken down irretrievably or that she believes the grounds for divorce outlined by their spouse are not valid.

If she does not wish to contest the divorce, the process is relatively straightforward and will take about six months to finalise with no need to attend court.

However, if Janice chooses to contest the divorce (an uncommon situation occurring in only 2% of cases) the process becomes more lengthy and complex, requiring both sides to provide evidence to the court. A judge will then decide whether the petitioner is entitled to the divorce.

The current law has been controversial as it incentivises one spouse to apportion blame on the other in order to establish irretrievable breakdown, even if there is no real desire to place blame on any one person. The only alternative is for them to wait out until the two years of separation period has passed before making a petition for divorce.

Those who argue for a change in the law have also emphasised that this entire process of accusing a spouse of wrongdoing creates hostility, has a damaging effect on children and hinders prospects of an amicable separation.

In 2017, the high profile case of Owens v Owens made its way to the Supreme Court. Mrs Owens, who was 68 at the time, filed for divorce against her husband of 40 years, Mr Owens. In her petition to the court she relied upon grounds of ‘unreasonable behaviour’. The law requires the petitioner to show  'that the respondent has behaved in such a way that the petitioner cannot reasonably be expected to live with the respondent'.

Under usual circumstances this may have been a simple case, however Mr Owens was seemingly not too keen on being divorced and as such defended the case. At the trial he argued that the examples given of his ‘unreasonable behaviour’ were not sufficient grounds for divorce.

The judge agreed that the marriage had broken down and that Mrs Owens could not continue to live with Mr Owens but that ultimately Mr Owens’ behaviour was not the cause and therefore it did not meet the requirements of the law. Her only option for a divorce then was to live apart from her estranged husband for five years.

As we can see, the law at present makes it quite difficult for couples to go through the divorce process as seamlessly as possible. The process is prolonged in cases where divorce is contested. Even if the decision to end a marriage is mutual, if couples cannot or do not wish to divorce on separation grounds, the law can still trigger unnecessary conflict since it requires blame to be placed on one of the parties.

New promises: What the Divorce, Dissolution and Separation Bill proposes

The Owens v Owens case brought the issue of divorce legislation back to the fore of Parliament’s attention. Accordingly, in 2018, a 12 week consultation titled Reducing Family Conflict: Reform of the Legal Requirements of Divorce was launched, highlighting the government’s aim to promote a “non-confrontational approach” through reform that “that does not introduce or aggravate conflict” and would support parties to “take responsibility for their own futures” as well as their children’s.

Afterwards, in June 2019, the Divorce, Dissolution and Separation Bill was introduced to Parliament. Refreshingly simple, it reflects the core principles of the consultation.

The Bill would change the law so that “one spouse, or the couple jointly, [is] to make a statement of irretrievable breakdown” with no further evidence required. Additionally, the ability to contest a divorce application would be abolished.

The Bill also introduces a “new minimum period of 20 weeks between the start of proceedings and confirmation to the court that the conditional order should be made”. This period gives couples the option to withdraw the divorce application, or, if reconciliation is not possible, it provides couples the opportunity to finalise practical and financial arrangements for the future.

According to Justice Secretary and Lord Chancellor Rt Hon Robert Buckland QC MP, these reforms aim to “spare individuals the need to play the blame game” and thereby minimise unnecessary confrontation and hostility. Nigel Shephard, former Chairman of family law organisation ‘Resolution’ also notes that the proposed laws are a positive departure from a system of apportioning blame, which reduces the impact of parental conflict on “children’s outcomes in life”. Ultimately, the proposed measures seek to significantly streamline the process for the 118,000 people (2018) who petition for divorce in England and Wales.

Moving forward: happily ever after?

In practice, while there is strong support for the Bill, there is no certainty that it will get passed, and, even if it does, it is still unclear when the new provisions will come into effect. Implementing the new procedures will take time.

Some important questions have also been left unanswered, for example, if a divorce application was lodged jointly, what will be the effect of one side withdrawing while proceedings are underway?

While the Bill has received strong support from many MPs, a small faction of ministers oppose the Bill, arguing that the reforms would undermine the sanctity of marriage. To them, the abolishment of the mutual consent requirement under the proposed laws undermines the idea of marital commitment and would make the divorce process too speedy. For example, Jim Shannon, the Democratic Unionist Party MP for Strangford, instead proposed the idea of allocating more government funding to counselling services that could potentially save more marriages.

The Secretary of State for Justice acknowledged these concerns and highlighted the government’s continued commitment to initiatives that support families in conflict. However, he expressed that in the vast majority of cases, once the decision to issue a divorce petition has been made, matters tend to have reached the point where reconciliation is quite unlikely.

It is in these cases where the new introduction of a minimum 20 week period from the start of the divorce petition until a conditional order is made actually prevents an expedient divorce, and rather, gives couples sufficient time to decide future practical arrangements such as co-parenting.

In any case, there is no doubt that the proposed reforms are a welcome change to an outdated and acrimonious system. With the aim of better supporting couples in the divorce process, the reforms have ended the ‘blame-game’ by acknowledging the importance of minimising conflict and providing parties with sufficient opportunity to make future arrangements. After almost 50 years, the Bill has turned over a new leaf and is paving the right way forward in divorce law.