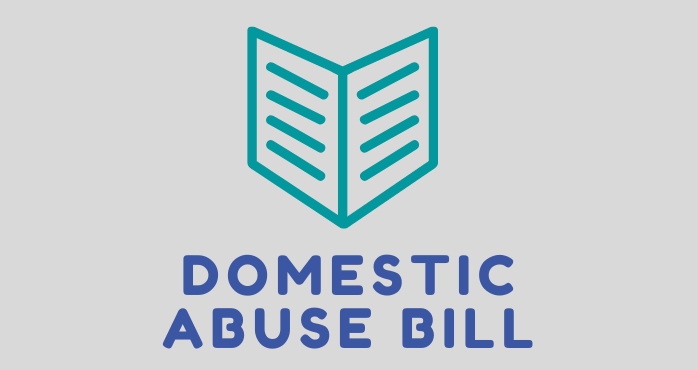 The Domestic Abuse Bill has been passed by the House of Commons and has reached the final ‘committee stage’ of the House of Lords. The bill is being hailed with ‘landmark’ status for survivors of domestic violence and abuse and should hopefully be enacted into law later this month (February 2021).

With an increasing number of domestic abuse reports, exacerbated by the impact of Covid-19 and lockdown restrictions, the Bill’s implementation could not be more pressing.
In this post, we’ll take you through the key expected changes to the law, as well as areas that still, according to campaigners, provide inadequate protection to victims.

What protection is currently available to survivors of domestic violence?

The legislation currently governing domestic violence and abuse is the Domestic Violence, Crime and Victims Act 2004. This outlaws controlling, coercive, and threatening behaviour. However, charities and NGOs have long been lobbying for change because the current legal framework does not go far enough, not least because there is not a statutory definition for domestic abuse and the different types of behaviour that it can encompass. It is also widely felt that the current laws do not provide sufficient framework to enable victims to safely report domestic violence and abuse.

What can we expect under the new rules?

Importantly, the new law is set to provide protection to survivors of domestic abuse in a range of circumstances. For example:

Blindspots still remain in the Bill

While the passing of the Bill in the Commons has, in many ways, been seen as a victory, campaigners have criticised omissions and limitations. For example:

Furthermore, although the Bill protects victims against ‘tech’ abuse, which is when perpetrators use technology to ‘stalk, isolate, and control’ their victims, campaigners say that the Bill does not go far enough.

‘The harm caused by the threat of sharing intimate images is happening now. It’s devastating for victims’ mental health, wellbeing, and can lead to both a fear of physical violence. [...] As Refuge research has shown, where technology is involved, physical abuse is often very much present too.’ - (Lady Morgan, The Domestic Abuse Bill, Second Reading, House of Lords).

This means that victims in England & Wales who are subjected to threats to share intimate images do not have specific recourse under the current draft of the Bill, and must try to rely on other offences (e.g. blackmail or harassment offences).

The charity Refuge, among other campaigners, are lobbying the House of Lords to make amendments to the Bill to ensure threats of this nature are also expressly prohibited.

Whilst the Bill as currently drafted will provide much needed protection to many survivors of domestic violence and abuse, there are clearly still key gaps in the proposed legislation that campaigners are hoping will be rectified.

It remains to be seen whether the House of Lords will make amendments at this late stage with the Bill due to receive line-by-line scrutiny over the next few days. The Lords are expected to discuss key areas such as protection of victims during family court proceedings and clarification of the self-defence rule for victims.

It is expected that the final version of the new law will be enacted by late February - at which point we will know for sure the extent of protection available to survivors.

No matter what ‘Tier’ or ‘lockdown’ rules apply, the rules relating to staying at home and household isolation never apply if you need to leave your home to escape abuse.

If you believe that there is an immediate risk of harm to you or someone else, or it is an emergency, always call 999 in the first instance and ask for the police, who are continuing to respond to emergency calls during the pandemic.

If you want to find out more about the support still available during the pandemic, please see our page on support services available to survivors.