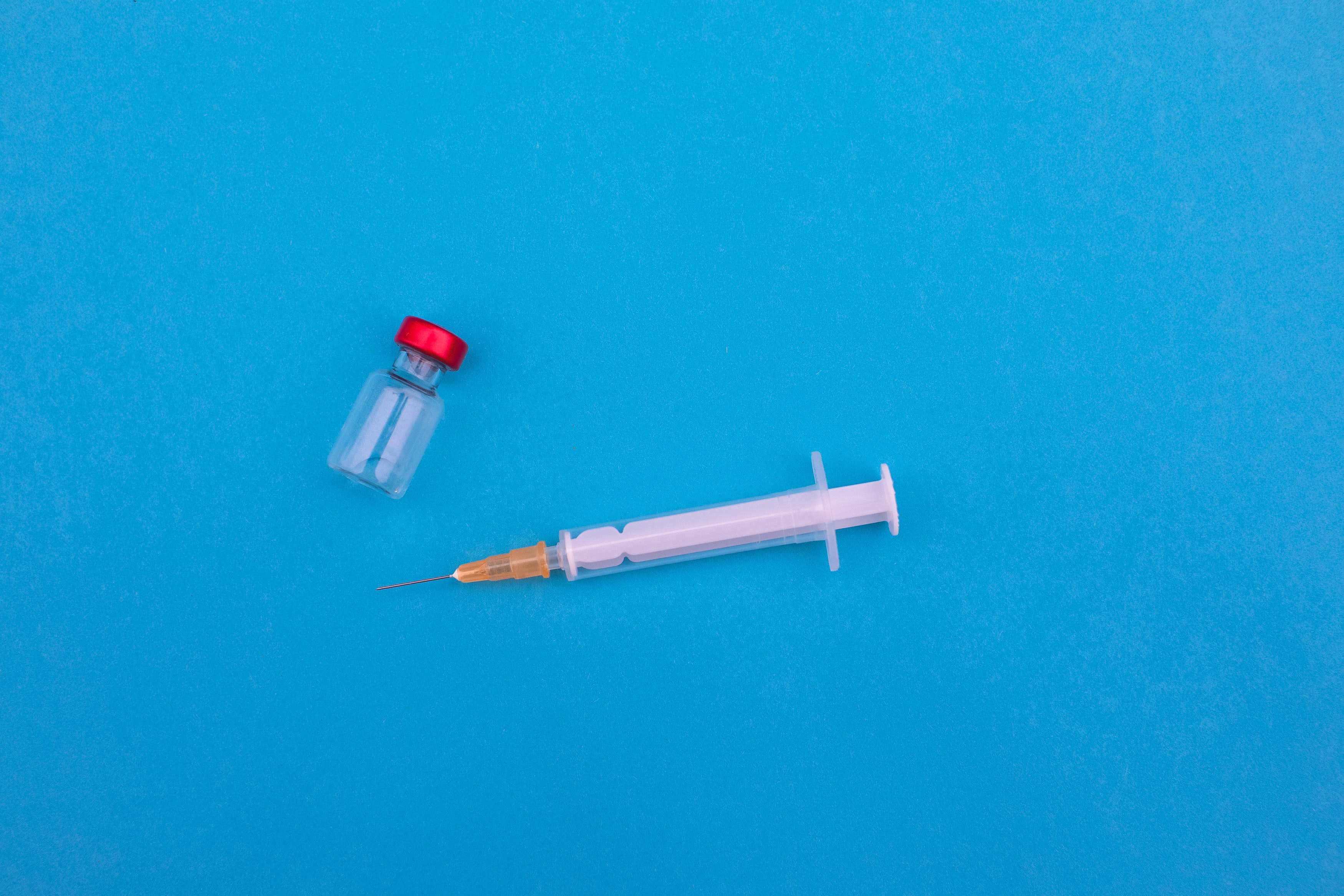 Can my employer make me get the COVID-19 vaccine?

With the rollout of the COVID-19 vaccination in the UK, you may be wondering to what extent you could be compelled to get the jab.

Whilst the UK Government has expressed that it has no intention of imposing a mandatory inoculation, the position could be less clear cut for employees who are told by their employers to get vaccinated.

Can your employer compel you to get vaccinated?

In short, no - but your employer could try to impose consequences if you refuse.

Given the government’s position that vaccines will not be mandatory, it is not possible to compel anyone in the UK to get the vaccine against their will. Indeed, any attempt to force someone to be vaccinated under English law could constitute assault, battery or even infringe on human rights.

As matters stand therefore, employers will lack the legal standing to actively force employees to get the vaccine.

However, employers may instead try to impose repercussions or even disciplinary action on those that refuse. Such action may well prove to be unlawful but the position is not yet certain.

Can an employer lawfully impose restrictions or sanctions on you for refusing the vaccine ?

The answer to this question is probably not - but this may vary depending on the type of workplace.

Given the not insignificant levels of anxiety currently held about the vaccine, it would likely be seen as unreasonable to penalise any employees who decide against vaccination (e.g. by dismissing them). Indeed, any attempt to exclude or sanction employees could be construed as indirectly compelling them to get the vaccine - even though there is no legal obligation for them to do so.

However, it is important to be mindful of some of the legal duties employers are under to keep their workforce safe. Some employers may choose to rely on these duties as a way of justifying measures taken against unvaccinated staff.

Under the Healthy and Safety at Work Act 1974 (HSWA), employers have a legal obligation to take reasonable steps to reduce any workplace risks. To comply with their obligations under the HSWA, it is quite likely that (among other things) many employers will choose to actively encourage employees to be vaccinated.

Employees are also subject to a legal duty under the HSWA to cooperate with their employer in order to facilitate the reduction of workplace risks. Whether getting vaccinated is deemed necessary cooperation on the employees’ part is unclear. Given the lack of a legal obligation to get the jab and the invasive nature of vaccines it seems unlikely. However, if an employee refuses to get vaccinated, they may still have to fulfill their duty under the HSWA in one way or another; for example, by following requests to work from home or wearing more PPE.

Getting vaccinated : a reasonable management request?

Perhaps more controversially, in an attempt to fulfill duties under the HSWA or otherwise, some employers may try to argue that instructing their staff to get the vaccine is what’s known as a “reasonable management request”.

Under “common law” (i.e. the law deriving from decisions made by Judges rather than Acts of Parliament), employees are under a duty to their employer to obey the lawful and reasonable orders of their employer.  As a matter of employment and contract law, a refusal to abide by such a request could, in normal times, justify disciplinary action.

However, it is unlikely that a management instruction to get the vaccine would be deemed both lawful and reasonable. Whilst it could in some settings be reasonable for employees to be asked to get the jab (e.g. in the health sector), given that the employer has no legal authority to compel vaccination, it’s hard to see how it could ever be deemed to be a lawful instruction - particularly if refusal results in disciplinary action or dismissal.

Do you risk losing your job if you refuse to be vaccinated?

Probably not - but that doesn’t mean that certain employers won’t try to dismiss you as a result (in spite of the risks involved in doing so).

Dismissing an employee for failing to get the vaccine will likely be highly controversial and could expose employers to expensive claims in the Employment Tribunal.

Indeed, even if an employer’s instruction to get vaccinated was deemed to be a “reasonable and lawful request” (which, as set out above, it probably isn’t), a decision to dismiss could still be deemed unfair under English law if an employee has a good reason to refuse.

For example, if an employee’s refusal to get the vaccine relates to underlying health conditions which amount to a disability under the Equality Act, they should not be dismissed or otherwise treated unfavourably as a result (unless it can be justified).

Furthermore, employees holding certain beliefs or religions may have refused a vaccine due to its ingredients e.g. if it contains animal products (this may vary depending on the type of vaccine offered). These employees will likely have a protected belief under the Equality Act and should also not be treated unfavourably by employers as a result of their refusal (unless it can be justified).

It is important to note that being generally against vaccinations may not attract the same protection under the Equality Act 2010. To be a “protected” belief, it must be “worthy of respect in a democratic society”, “compatible with human dignity” and “not in conflict with the rights of others”. Given the enormous health threat posed to the wider community if lots of people refuse the vaccine, such a belief may well fall short of Equality Act protection (although the matter has not yet been debated in the Employment Tribunals).

In any event, irrespective of whether your refusal to get the vaccine is deemed reasonable, your employer should consider other viable alternatives before considering dismissal. This could include you working from home (perhaps until herd immunity is achieved) or even a temporary change in role and duties (to reduce, for example, contact hours with clients).

Dismissal should be a last resort, and as explained above, could leave employers exposed to high value claims.

What other consequences could I face if I refuse?

If you refuse to get vaccinated for COVID against your employer's vaccination policy, it is possible that you will be denied entry to your workplace to protect other members of staff. Whether this is a reasonable restriction has yet to be addressed in the courts.

You should also be mindful that if businesses such as gyms, salons, etc. eventually require their customers to be vaccinated before receiving services, this could serve to reinforce an employer’s case for forbidding entry to non-vaccinated staff.

By way of comparison, certain airlines have already announced that customers may be unable to use their services if they have not been vaccinated. If travel becomes off-limits for anyone who refuses to get vaccinated, it may give further weight to employer’s arguing they can “reasonably” refuse access to shared work spaces to employees who remain unvaccinated.

The legitimacy of any restrictions imposed on employees very much depends on circumstance and the actual risk posed to the business at any given time.

Overall, whilst employers cannot compel you to get a vaccine, there may be some consequences for you failing to do so.

Given the risk of claims, dismissal seems to be an unlikely consequence of refusal, however, employer’s may be able to justify actions such as denying you access to the office if this is a proportionate means of protecting customers or other staff members.

Context will always be key. In some professions, such as in healthcare, mandating the vaccine for care staff may be a more reasonable request in order to protect patients. In other low risk workplaces, vaccination policies may be harder to justify. Risks could also vary over time as transmission rises and falls and eventually herd immunity begins to take effect. All of these factors could affect how proportionate and reasonable an employer’s actions are perceived to be.

Government guidance is expected to be published which will hopefully provide some much needed guidance for employers in these unprecedented times.

Thanks to Ophelia Solomides for her help producing this article